Recently, around 3 february 2016, many digital clocks in a particular aircraft, in this case Embraer E190’s, experienced lots of digital clock errors showing weird characters, fast running time (double the speed) and various other errors. The strange thing is that all these clocks were showing the problems at or around the same date, 3 feb 2016. This looks like its an external factor, and not an internal clock failure. More than one airline had these same problems around the same time, and the AOG desks had many requests for the same p/n clock to order. It appeared that around that date the GPS time transmitted a wrong time, caused by one satellite that was decommissioned by the US Air Force (USAF). The time transmitted was off by 13 microseconds and that may have caused the clocks to get into the stressed mode, causing strange behaviour and thus producing many logbook entries made by the crew. A reset of the clock, to re-synchronise it with the current GPS time taken from the aircraft systems, often solved the problem, and a clock replacement was subsequently not necessary anymore. So maybe, if you had any clock failures or irragularities, also on the 737,  it may have been caused by this satellite issue.

Additional, the manufacturer of certain clocks writes this:

Dear Operators,
This Flight Operations Letter (FOL) intends to update operators about erratic display of Elapsed Time and/or Chronometer occurrences.
Some aircraft manufacturers received field reports about the malfunction of the Elapsed Time (“ET”) function on the digital clock Part Number APE5200 during February, 2016.
The investigations found a software anomaly that affects the coding and counting of the ET (Figure 1) and CHR (Figure 2) data only during the month of February for the specific years: from 2016 to 2019, from 2032 to 2035, from 2048 to 2055 and from 2064 to 2071. The erratic display will not come into view from March 1st to the end of these years.

Cobham released on Aug/2016 the SB APE5200-31-04 to fix the software to prevent the bug on CHR and Elapse time (incoherent display) occurring during the month of February for the aforementioned years.
The Elapsed Time and Chronometer erratic display do not cause unreliable data on UTC time and date, and neither on the encoded output used by other aircraft systems
The verified phenomena are not present in the Internal (“INT”) mode of the digital clock. This mode is active when the GPS data is not valid/available or the digital clock selector is on the “INT” position.

The complete original article is copied/pasted below as a reference, the original post URL is here: http://www.bbc.com/news/technology-35491962

Several companies were hit by hours of system warnings after 15 GPS satellites broadcast the wrong time, according to time-monitoring company Chronos.

The company observed problems last week, after noticing some GPS time signals were 13 microseconds out.

Such a discrepancy is considered severe and several Chronos telecoms clients faced “12 hours” of system errors.

Previously, the GPS errors had also been blamed for disturbances with BBC radio broadcasts.

According to the US Air Force (USAF), which manages the GPS satellite network, problems began when a satellite named SVN 23 was decommissioned.

A USAF spokeswoman confirmed that the error had been pushed to the satellites by “ground system software”.

“He was called from his bed by a network operations centre.”

“What we saw was about 12 hours of problems,” he told the BBC.

Prof Curry said telecoms companies relied on the accuracy of time measurements to control the flow of data through their networks.

The bits and bytes of a telephone call, for example, might be synchronised based on the time as reported by GPS satellite signals.

That signal was constantly monitored for accuracy.

And when the 13 microsecond error had been detected, it resulted in thousands of system warnings being activated at some companies.

“One particular network we have, which is a global network, [was] seeing alarms from all over the place, all over the world.”

Prof Curry said he was not aware of any consequences of these problems that would have been apparent to the public – probably thanks to back-up time systems.

And this kind of issue was extremely rare.

“Last week was an example of something going wrong in a fairly major way,” he said.

“I don’t think it’s gone quite that badly wrong since 1 January 2004, when the same satellite vehicle number [SVN], 23, decided to become unhappy.”

The Resilient Navigation and Timing Foundation (RNTFnd) – which advocates the development of dependable timing systems – also had “minor reports” from the telecoms and energy sectors as a result of the GPS issue.

Dana Goward, the foundation’s president, said, “It [had] a very broad and – very fortunately – minor impact on many infrastructure sectors.”

During the decommissioning of SVN 23, an issue in the “Global Positioning System ground software” had been detected, the USAF said.

In a subsequent statement, the USAF explained that one signal from the satellites had been impacted.

However, GPS core navigation messages and clock were not affected, the statement said, and added that the issue had been fixed.

“While the software issue is still resident in the ground system, 2nd Space Operations Squadron has implemented procedures to ensure it does not reoccur,” the USAF added.

This week, Schriever Air Force Base in Colorado published a press release unrelated to the incident, praising the “perfect signal” provided by GPS and pointing out how useful GPS was for military operations.

Lt Col Matthew Brandt said: “Somebody somewhere is using that signal to put a bomb on a target and kill a bad guy.

“Somebody is using GPS to pull an extraction or using it to call in an air strike.”

In its original statement, the Air Force noted, “the Joint Space Operations Centre at Vandenberg [Air Force Base] has not received any reports of issues with GPS-aided munitions.” 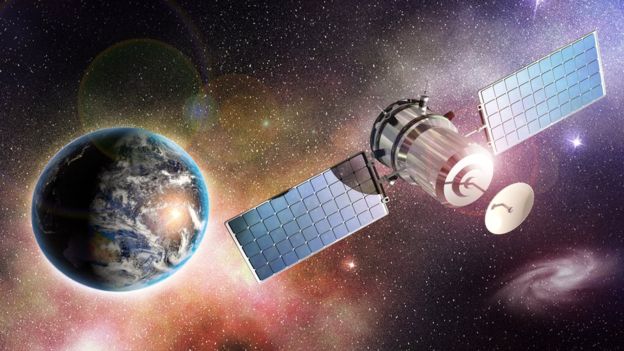