Very often the 737 NG cabin windows have moisture / condens in between the outer and middle window panes.
The aircraft manufacturer described this problem in FTD 737NG-FTD-56-02003. They incorporated improved passenger window assemblies into production airplanes beginning with line position 2000.

However, poor workmanship may also cause some problems, as we found some windows installed with the seal completely bend out of position at the lower side. See the pictures for more details. Also due to this installation errors, the outer and middle pane are touching each other, which gives a strange view as pictured below. It looks like some moisture or fungus, but its pure contact debris from both panes.
Cabin window installation errors are very common and amm procedures must always be followed very strict. 737NG ref amm 56-21-00.

Thanks to Patrick G. for his input. 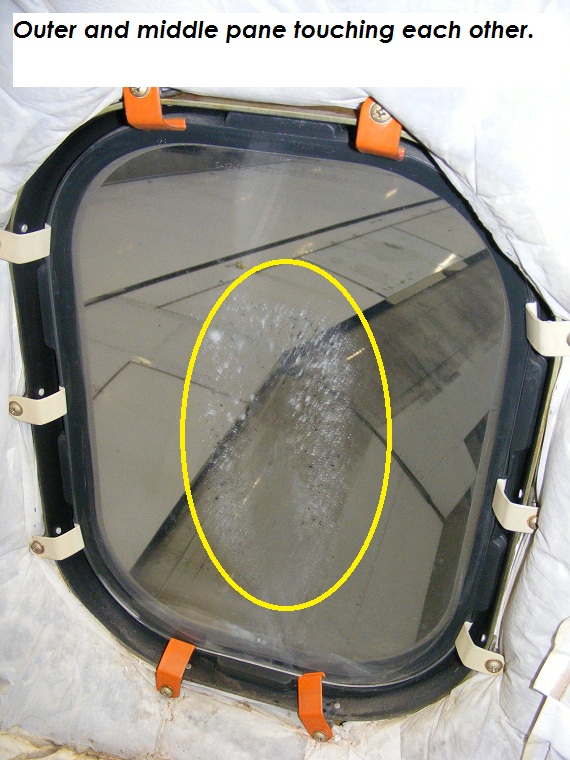 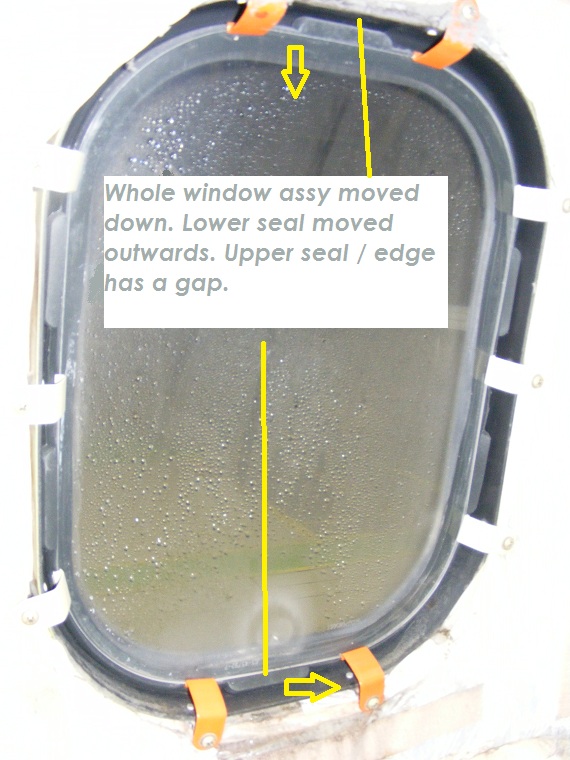 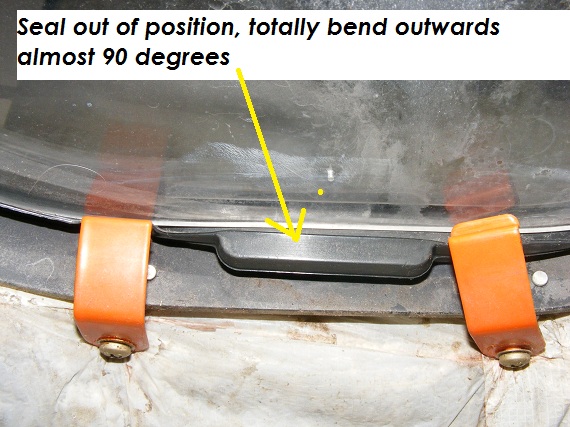 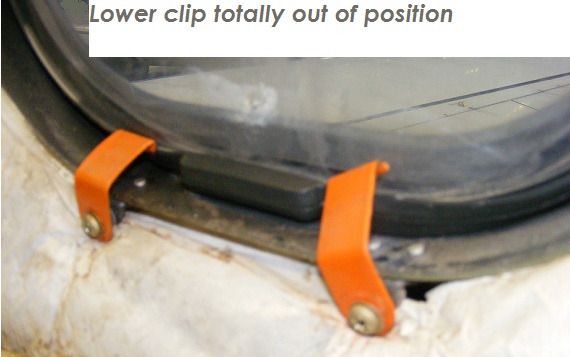 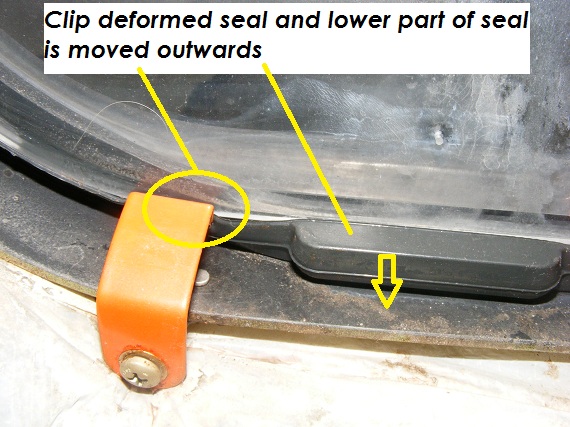 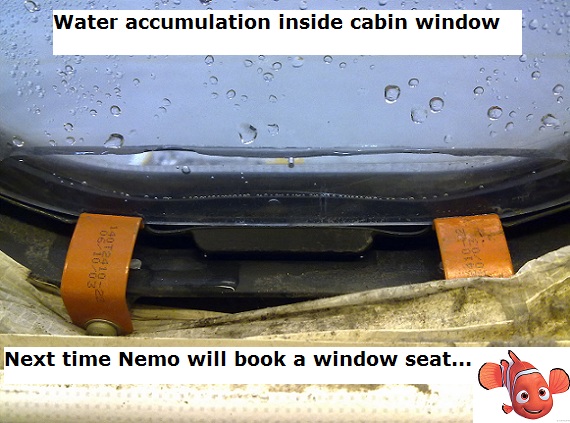 You see that a deformed seal can have a very negative effect on the window assembly, it may even result in seperation or leakage of the window when all this moisture turns into ice during flight.