I would like to introduce you to the thru skin sensor technology DAS Series – Drill Alignment System – Hole Finder/”Blind” Hole Spotter, manufactured by AAI Aerospace – See http://www.aaiaerospace.co.uk/HoleFinder.html.

This particular product, which we market on behalf of AAI Aerospace, is very simple to use. It could potentially help to prevent the type of problem that occurred on the Southwest Airlines Flight 812 incident on 1st April 2011, where a portion of a Boeing 737-300 fuselage panel ripped open during flight (and where the NTSB’s initial findings mentioned that subsequent X-ray inspections had exposed problems with rivets near the spot where the holes in the upper and lower skin were found to have been slightly offset relative to each other and where many of the holes on the lower skin were out of round).

We would like to make as many engineers as possible aware of this equipment which can be used wherever holes are manually drilled that require alignment at a specific location (with or without existing pre-drilled pilot holes) in another structural element below the structure to be drilled through (such as an aircraft  skin). This equipment has potential applications in Aerostructure Production; Aircraft Assembly; Aircraft Conversion/Modification Programmes; and in Maintenance Repair and Overhaul (MRO) activities.

All enquiries for the DAS Series – Drill Alignment System – Hole Finder/”Blind” Hole Spotter equipment should be addressed to myself, via e-mail to martinhyman@aerospaceconsultants.com 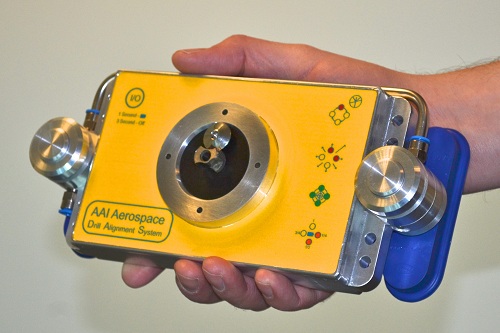