Almost always the stud inside the cargodoor handle is broken off in no-time. This happens on all 737 types on fwd and aft cargo door handles. The result is a damaged (gouged) housing caused by the handle-without-stud.
The limits of the damage cannot be found in the AMM or SRM, but in the handle-assy-manufacturers CMM.
Since a damage that is too large can result in a cracked housing, it is recommended that a new stud is placed inside the handle and the damage is measured and reworked according the CMM. If the damage is too large the complete housing needs to be replaced.

Also the removal of a broken-off stud cannot be found anywhere.
Experience learned us 3 (+1)  ways to remove the broken-off stud from the handle. These procedures are not official and approved anywhere, but are pure practice that works ! Please send in more possibilities if you know them ! UPDATE: Another method is used also, see option 4 !

1 – Push and simultaniously turn a parker-screw inside the remains of the stud, as showed on the pictures. Then pull out the screw and the stud with a pliers.

2 – A small hole is drilled from outside the handle into the place where the stud is installed. Then a small drill or tool can be used to hammer out the stud from the handle. This way is very fast and easy, because a new stud will break off in no-time, so you can use this drilled hole again and again. Note that it may not be allowed to drill a hole in the handle ! But as you know, this website is to share such (unofficial) tips and tricks, as they are used in everyday maintenenace. See picture.

3 – Use a heatgun to heat up the handle where the stud remains are, and after a few minutes the stud will come out of the handle due to the expanding air below the stud inside the handle. This way works great if you have the tools and power supply available. No picture availabe for this one.

4 – Get a piece of 2×4 wood board. Pull the handle out, place the 2×4 between the handle and the cargo door to back up the handle while you hit it, leaving the stud area clear. Then using a rivet gun with a flush set you hit the outside of the handle right at the stud position. It will come walking right out as you hit it with the flush set. Thanks to Tom S. for this 4th tip !

The installation of a new stud and wedge is easy, just push it in carefully.
The rework procedure and damage limits are in Hartwell CMM 52-36-15. 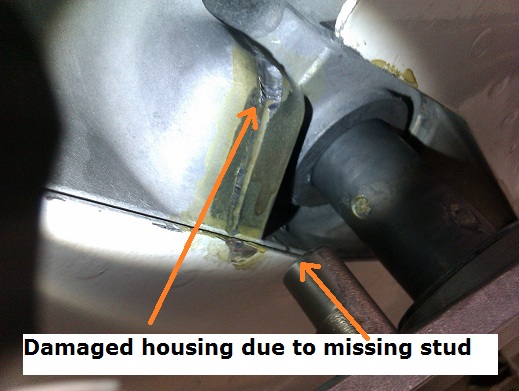 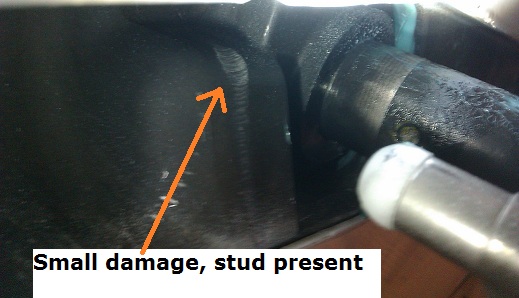 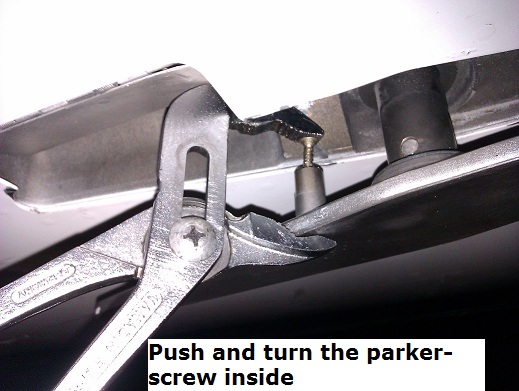 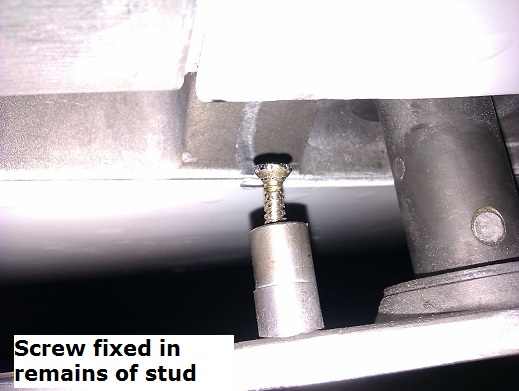 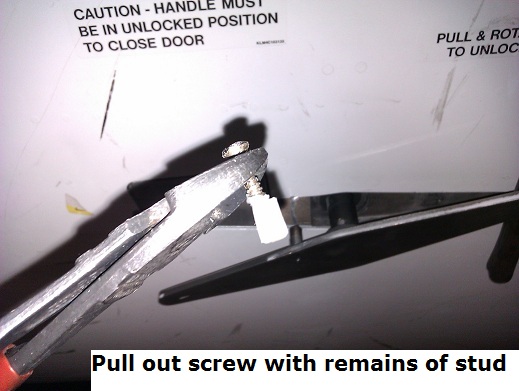 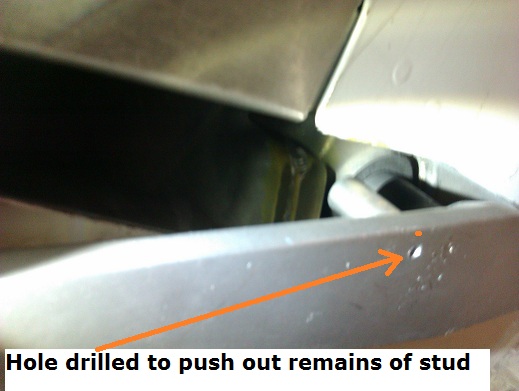