737: 24 Electrical power » Intermittent blanking of the Display Unit during APU start on battery.

Intermittent blanking of the Display Unit during APU on battery.

During grounds tests, without external power, the battery is switched on first. Then, after approx 90 seconds, 3 display units are switched on.
Then, if the APU is started on battery power only, the display units start blanking intermittently. This may be present on one a/c and not on the other.

Cause of intermittent Display Unit Blanking:

Blanking Display Units can occur if the DEU-1 power supply drops below 18 V-DC. This causes a restart of the DEU-1 causing the Captain’s & Upper Display Units to be blank for approx 90 seconds.
The 737NG can be modified to prevent this by switching the SCU starter control unit in air-mode for the APU ignition @ starting system (WDM 49-41-11). This means that the SCU takes care that the battery voltage never drops below 20 V during a battery-only APU start.
A combination of factors like line-losses, tolerances on the SCU and tolerances on the display system components may cause that one plane is more sensitive than the other for the voltage drop on the main battery during an APU start.
This may cause the DEU to go in the restart mode again, despite the fact that it should not happen.

NOTE: When the airplane is in the air, should CDS experience a power-down/power-on recovery, the restart time for CDS is on the order of 10 seconds. The reason that the DEU restarts more quickly in flight than when on ground is that the CDS in-flight power-up sequence skips or excludes running its self-test process. Excluding/skipping the self-test process for an in-air power-up recovery is a design feature intended to permit the DEU to begin processing display images as quickly as possible.

Boeing states that with performing the following tests you can make sure the DEU/CDS and the battery are in a serviceable condition, may the “blanking display” problem occur:

NOTE: Fault 49-41249 “Start Converter Unit Shows Low Battery Power” wil be shown in the APU BITE, if there may not be enough battery power available during a APU start on battery.

Actions:
Boeing is asked to include mentioned procedure in the FIM, if this problem occurs. 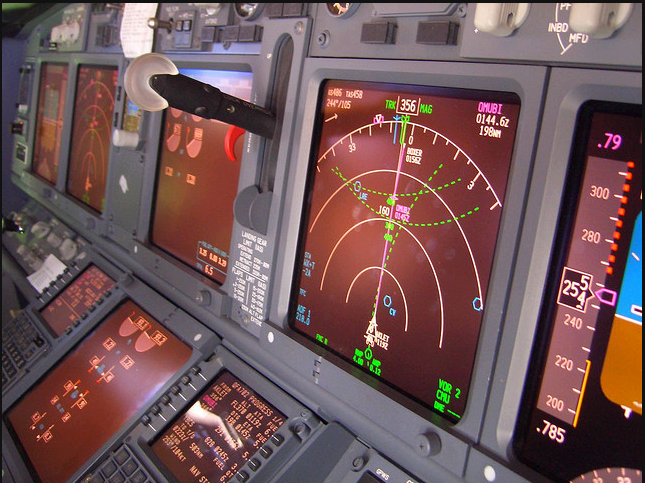